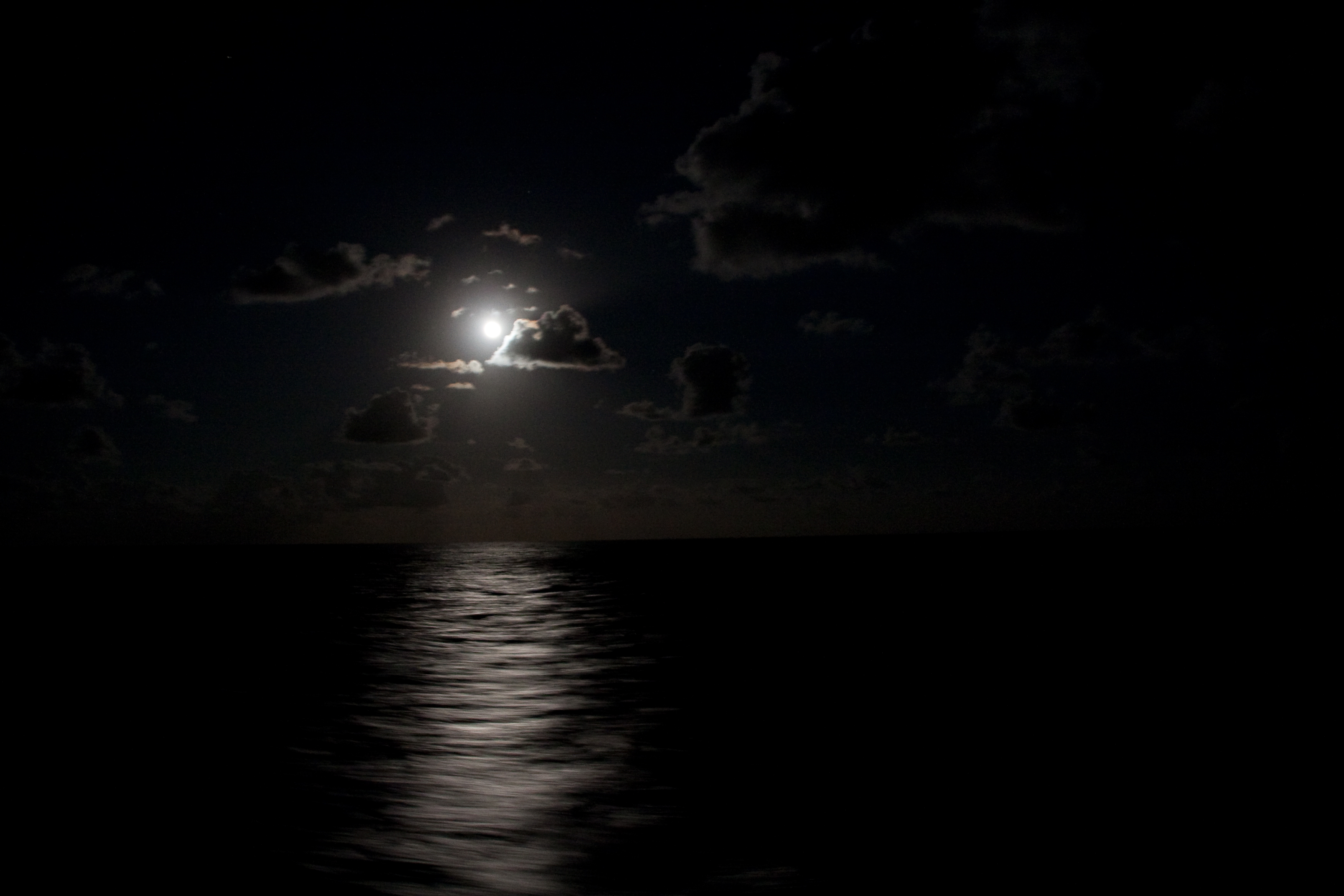 Collins sat back in his chair.  “So,” he said, “your questions?”

[Kari and Tomas had been listening intently, but it had been a lot to take in.  Thus, it was quiet for several moments before Tomas said,] “So They’re one…but three?”

“Yes.  I know it’s an odd thing to wrap your head around.  I tend to see it like They are a being so vast that we as humans have to compartmentalize the different roles Trium fills in our interactions with Them.  Ancient texts from both sides of the ocean extensively describe Them as both one and three, so we still retain that, despite its apparent logical conflict.  Does that help?”

Tomas nodded slowly; he saw Kari doing the same from the corner of his eye.  “It begins to help.  I’d like to keep talking about those texts at some point.”

Collins nodded and said, “We’ll get there.”

Tomas was satisfied with that answer, so he moved on.  “So was that… a dragon that attacked us by the Lake?”

“Of sorts,” Collins said.  “We don’t know of all the forms our enemies take, so perhaps we wouldn’t call that particular menace a dragon, but you’re on the right track.  It most certainly was one of the followers of the one who hung the stars, called Ibilisi now.”

“If we don’t even know what our enemies will look like, how can we ever hope to fight them?” She asked after a moment.

“That’s the question, isn’t it?  Trium has equipped us all very differently, and there are some who excel at telling the difference between friend and foe.  For the rest of us, though, it takes practice and attention, both of which I’ll guide you through.”

“Starting tomorrow, ideally.  It’s really up to you.”

“Oh, you won’t be too busy for us then?”  Kari’s frustration was bubbling back to the surface.

Collins nodded sheepishly.  “I am very sorry about disappearing like that.  The two of you practically dropped from the sky; I’ve had to spend the last several days putting my normal duties on hold.  Convoluted as it sounds, I’ve been away from you in service to you.  But that time has passed.  Are there any more burning questions within you?”

Kari and Tomas looked at each other, then shook their heads.

“Lovely!” Collins said, popping out of his chair and clapping once, loudly.  “Take the rest of this evening to mull over all you’ve heard.  Might I suggest a walk?  Son’ret is a lovely place to wander, what with all the hills living elsewhere in the city.  Regrettably, though, I can’t just turn you loose.  Rules are I have to escort you back out of the stacks.  Apologies, but since you’ve definitely heard enough of my voice for one day I’ll leave you alone on the way out.”

Collins was true to his word, and it was a silent, contemplative group who reemerged from the massive doors into the Maktaba foyer.

“Thank you, Collins.  We’ll decide where to go from here.  How do we find you if we need you?”

“Anyone with a cape should be helpful.  If they need me, they all know how.  The rooms have mail slots; they’ll leave me a message.  If I miss you, I’ll leave a note of my own.  Good enough?”

“Have a splendid night, then.  Enjoy the evening.”  Collins dipped his head in a little bow before turning and diving into a conversation with one of the doormen.

Kari and Tomas shared a small, amused moment at the diminutive man’s curious mannerisms, then walked out the wooden front doors.  Despite their size, they swung smoothly and silently outward.  The night was brisk and clear; the persistent wind off the Lake tapered to a light breeze here, barely enough to ruffle their hair.  It had begun to get uncomfortably stuffy and warm in Alo’s little office [for our Northerners,] so when the chilly evening washed over them, it felt like the freedom that first late morning after the harvest would bring, that liberating knowledge that there’s nothing to do; nowhere to be.

Tomas looked fondly up at Kari.  “Which way?”

She shrugged, looking around.  A lamplighter made his steady way down the street, travelling northward, leaving flickering shadows in his wake.  She followed his progress for a moment before nodding in the direction he was headed.  “We came from that way, right?”

“Then that way,” Kari said.  She pointed for a moment before beginning to walk into the lamplit night.

Tomas hastened after her.  It felt strange to walk across flat land yet still be surrounded by Vacen’s ethereal architecture.  The first intersection came as Tomas caught up to Kari.  Peering down the street to his right, he noticed an abrupt wall of darkness, apparently betraying an end to the street lamps.  It was curious, but perhaps the lamplighters simply hadn’t gotten there yet.  He turned his eyes back to the street ahead and said, “So.  That story.”

Kari nodded.  “It reminds me of things my mother used to say.  Baba and Walinzi.  I asked her about it once.  She said she’d explain it someday, once I was older, but I forgot until just then, when Collins was talking.”

They came to the next intersection, and Tomas glanced down the new street as had become his habit, walking around the stone streets of Vacen.  Here, he did a double-take and stopped in his tracks, grabbing a piece of his companion’s sleeve.  “Look, Kari.  This one’s dark too.  And it’s closer this time.”

She shrugged and began to walk down the half-lit street.

“I’ve never heard any of that before.  You believe him, then?  About dragons and all-powerful spirits?”

“I know things have been happening to us that I can’t explain.  Can you?”

Tomas shook his head, looking up at her.

Kari grimaced.  “Me either.”  She shook her head too, then stopped dead.

“What?” Tomas said.  Then, “woah…” as he realized what lay beyond the final lamp’s light.

Darkness spread before them, and the wind whistled in the open air beyond a waist-high iron railing.  Southward, to their left, there was only darkness until their eyes settled on the blue light sitting upon the Lake.  It cast a shimmer onto the water which did enough to suggest the shoreline.  Northward, to their right, the lights of the city continued to blink on, one by one.  They could make out the contours of the hillside from here, resembling a gargantuan, glistening animal, curled up beside the water.

“Guess we know why this part of the city’s so flat,” Tomas said.

Kari nodded, staring out into the darkness.  “I think I trust Collins.  I mean, maybe just enough that I’ll stop doubting everything he says.”

“That’s good to hear.  He and Alo definitely seem like a way forward.  And I really think they’re just honestly willing to help us.”

Kari smiled.  “Yeah, but you always see the best in people.  You tried to give the Stranger your coat.”

“Alright, that’s a fair point.”  They laughed together into the open air before them.

Their walk proved uneventful, but it was useful for Tomas’ mental map of Vacen.  The buildings in Son’ret weren’t all made from Lakebed Stone, they found.  Many were made from wood or the same brown stone as the Church.  This became more true the further south they ventured, but they didn’t go far, reluctant as they were to be away from their beds.

They found the Maktaba’s wooden front doors unlocked when they returned.  Glancing behind himself, Tomas wasn’t sure whether there was a lock on them at all.  The only door that stood open in the foyer was the one that led to the wing in which lay their bedroom.  It was odd to see the huge room so still, but the two found it peaceful, as if it were taking a well-earned rest.  Up the stairs they went, to their room with a lock, for well-earned rest of their own.

It’s not up yet, but the next part will be linked down here. →