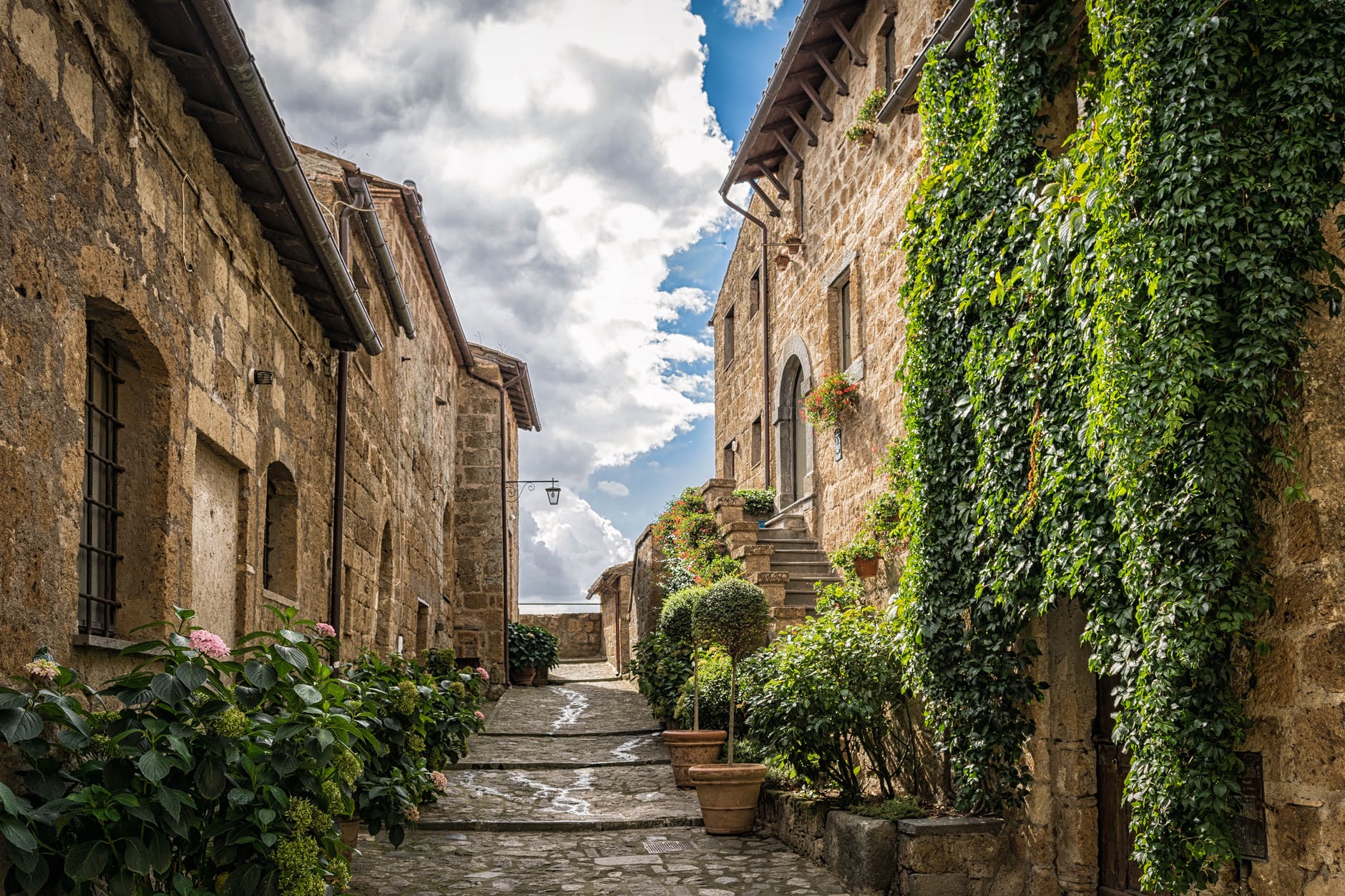 As they crossed the street, a dull ache began to worm its way through Tomas’ shoulder.  He rubbed it absentmindedly as they walked through the doors.

Beyond the wooden doors was a room unlike any Tomas had ever seen.  Easily twice the height of Grant’s dining room[, and probably more, by my reckoning], the room was long, too, with numerous doors and entryways set into the walls.  These allowed people of varying ages and ethnicities into the gigantic hall, where they brushed busily by each other, as if they were each on some extremely important mission.  At the far end stood a huge door.  Though it seemed it was kept closed, the man and woman posted before it didn’t seem to be keeping anyone out.

All of this was lost on Tomas, though.  His shoulder had begun to throb, and weaving through the crowd were people wearing disturbingly familiar capes—capes that took him back to a chilly night in the fields near his home.  Few wore their hoods, but Tomas recognized them regardless.  Kari was on edge, too; her hands were both clenched tightly.  Could she sense his unease or was she put off for her own reasons?

A small, balding man wearing one of the familiar capes noticed them gawking at the scale of the entryway and came over to ask, “Can I help you folks?”

His personable demeanor did little to put Tomas at ease.

Jolene took half a step forward and said, “Yes, we were wondering what you know about Black Flour.”

The man’s eyebrows shot up.  He adopted a friendly smile and said, “Ah, having a little trouble with the ol’ soot, eh?  Come with me; I bet I know what you need.”

Jolene shrugged and nodded, so the little man turned to lead them through the nearest door on Tomas’ left.  As their little group moved toward the door he’d indicated, Tomas rolled his left arm around, trying to stretch the shoulder, hoping to relieve some of the tension resting there.  Through the little door, now walking beside him at the end of a two-wide line, Kari cracked her knuckles all at once, the sound resonating in the torchlit stone corridor.  [Neither Kari nor Tomas felt the relief they sought, though, and to make matters worse, Sasha and Jolene didn’t seem even the least bit agitated.]

Where the hallway took a hard right turn, a wall didn’t face them.  Instead, they looked into a steep, curving stairwell that disappeared into gloom as it descended.  Their guide skipped down them easily, the sprightly maneuver at odds with his shiny head.  Sasha and Jolene watched their feet but didn’t seem fazed either.  Kari and Tomas had to carefully choose each step, nervous as they were of tumbling down the steep stone stairs.

Luckily, the well was darkest halfway between floors, and it never became too dim to make out the best place for a step down.  The transition was jarring [for our Northerners, though,] so they squinted at the torches in this new hallway before them.

Jolene looked around with interest.  “How do you keep the torches from smoking the whole place up?”

Their guide smiled proudly, if briefly, over his shoulder.  “The ceiling’s built to guide the smoke out through channels in the walls.”

Jolene looked impressed.  “Is it original?”

He nodded proudly, but when he saw Jolene’s disappointment, he added, “Oh, it doesn’t have to be.  Not cheap to get it added, though, and you definitely don’t want to be the one to clean the channels.  Now there’s some soot for ya!”  He chuckled at his own joke.

Jolene nodded thoughtfully, a faint smile crossing her face, but she didn’t say anything else.  All was quiet for a brief walk, then the little man grabbed a torch from a sconce and stopped in front of a small door that looked no different than any of the others they’d passed.  There didn’t seem to be any kind of lock, just a simple latch keeping it from swinging idly on its hinges, so the little man simply opened it and walked in.  A wrought-iron sconce was set just inside the door, so their guide’s torch sat in it before Tomas even entered the room.

The balding man was rummaging around a drawer set into the bottom of a bookcase on the left-hand wall.  It and the opposite wall were dominated by similar shelves, but the one facing the door was lined with a row of locked glasstop cases.  The torch was at a bad angle to see inside all of them, but no amount of flickering shadow could hide the Black Wheat from his eyes.  A pair of ripe heads had been dried and laid next to each other, with a bit of black flour in a pile beside them.  On the other side of that was a dried flower; its pale, pinkish orange petals strangely familiar to Tomas.  Vaguely, he was aware of the cloaked man giving something to Jolene, but his thoughts were elsewhere.  “Kari…come look at this.”

She’d been glancing into the other cases, but came to look over his right shoulder.  “The flower?  It’s familiar.”

Tomas nodded, then jumped as a hand clapped down on his other shoulder.  “You like our specimens?  Getting those heads wasn’t an easy thing.”  The little man wore a friendly smile, seemingly at odds with the shadows across his face.

Jolene wandered over too.  “Oh, so this is what these seeds are?”

He nodded.  “Just grind up some of the petals and mix that in with the flour and water, and it’ll act just like the white stuff you’re used to.”  A curious look spread across his face.  “I’ve just realized my manners!  I’m called Collins; my apologies for my lack of decorum.  I get excited when people have questions I can answer.”

They each introduced themselves, and he shook their hands in turn.  He seemed particularly enthusiastic when it was Kari’s turn.  Tomas could see that she was done with the gesture long before he was.  Seeming satisfied with himself, he led them back out of the little room, taking the torch with him.