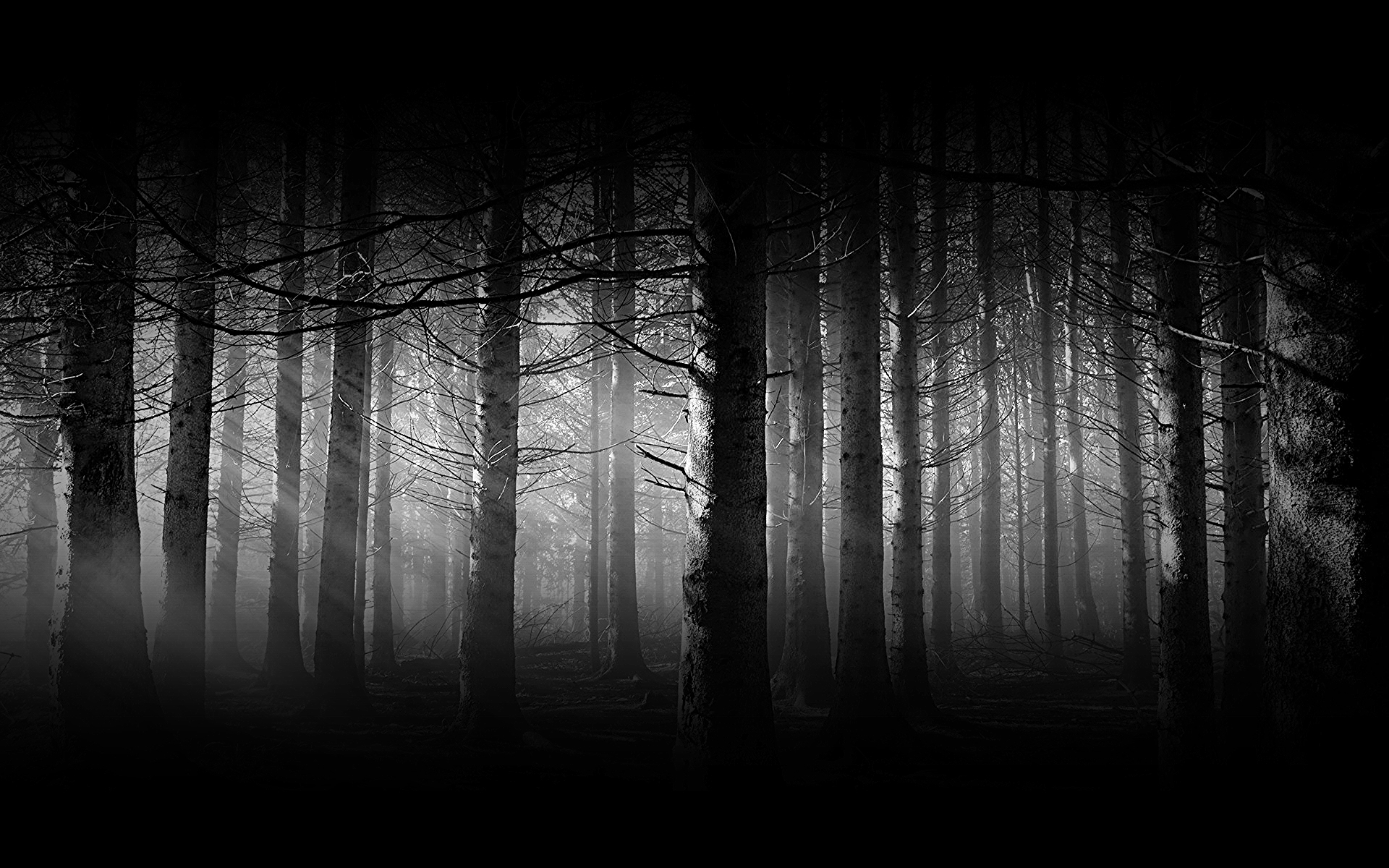 Jillian smirked over her wine at her husband.  “I’d say that’s ‘some story,’ wouldn’t you?”

Grant rubbed his chest thoughtfully.  “Yup, you kids didn’t disappoint.  Never thought I’d be hearing about magic in our fields—much less telling others!”  He shook his head.  “How do you plan to execute this quest for answers?”

“We were actually hoping for a little help on that part.  We’ll bring soot, seed, and sheaf to trade, along with any coin our families can spare, but where should we go?”

“Vacen is probably your best bet.  There’s a path that follows the Lake through the Vaç Forest right to it.  That’ll be two days’ walk from Brin.  Roads’ll take longer.  Y’all have the supplies to camp?”

“How do you think I spent so much time in the mountains?”  Kari sat a little straighter as she said it.

Grant smiled.  “Fair enough.  I’ve got no more advice to give, truth be told. Jill?”

She shook her head, taking a pensive sip of her wine.

“In that case, you kids better head home and be with your families.  I suspect they’ve got a road as hard as yours ahead of them.”

They spent the next day preparing and saying goodbye to their families, and that night at the inn.  Early the next morning, they set out over the mountains for Brin, where they spent the next night.  In the morning, they assembled food for the road, which the townspeople of Brin were quite willing to donate, and set off southward, with the Lake on their right.  [If I seem uncharacteristically vague about the time between the town meeting and Kari and Tomas’ departure from Brin, it’s because so was Tomas.  These pages are full of short, matter-of-fact sentences and very few specifics.  Leaving Home must have been devastating.]

They walked all day at a comfortable pace.  Not along the beach, as sand is miserable to walk through, particularly when all that you possess is in a pack on your back.  Instead, they followed a trail perhaps twenty feet from the edge of the water, which wound its way among the undergrowth and between the tall evergreens.  Naturally, Kari tended to walk more quickly than Tomas, so he led the way.  He knew to keep his pace brisk, and she didn’t mind walking a bit slower than she normally would.  They’d been hiking together all their lives, so their time on the trail calmed them, familiar as it was.  Winter’s end was unseasonably warm south of the mountains, too, and warmer again than their Home.  [By no means were they truly warm, though.  The Vaç is mostly evergreens, so the canopy kept the sun off their backs.  Add to that the chill wind off the Lake, and it became a stark reminder of how things should be, what exactly it was they’d lost.]  As the sun began to edge toward the water’s surface, they stopped to set up their camp in a small clearing.

“Do you know how to set up a tent?” Kari looked quizzically at Tomas after they’d dropped their packs and rested for a moment.

Tomas shrugged.  “I never had to learn.  You always either went into the Mountains alone or with plenty of volunteers, so it never crossed my path.”

“Well, then.  That makes wood collecting your job.  You can build a fire; I know that for a fact.”

Kari began unpacking the pieces of their tent as Tomas wandered deeper into the forest.  He returned just after the sun had sunk below the horizon, and in the failing light, the two friends lit a small fire.

Soon, it was a decent little cooking fire, and they set their travelers’ meal of small steaks and big potatoes to cook on a flat rock nestled among the coals.  There wasn’t much conversation between them, but neither suffered for it.  They were both lost in their own thoughts, their own fears.  He sat with his back to a tree, catching glimpses of the brightening stars when the wind moved the trees.  She was cross-legged on the other side of the fire, staring deep into it, the Lake spread out behind her.

Tomas looked at her questioningly.

“What do you smell?” she asked him.

Tomas considered it, taking a deep breath of his own.  “Wood smoke and half-cooked meat.  And evergreen, of course.” He patted the trunk behind his back.

They shared a shrug and went back to their thoughts, waiting for dinner to be ready.  Once it was, it wasn’t long before it was over.  It was bland but filling, and afterwards, Tomas fed the fire until it grew to a warm, hypnotic blaze.  They sat watching it for a while in dazed, comfortable silence as the last of evening’s light faded into a moonless night.

Tomas tried again as well.  This time, he caught a whiff of something foul.  The best word for it is musty, like the dampest corner of a cellar, though this was far more intense.  Soon, the stench was palpable.

A sneer wormed its way across Kari’s face as she stood up.  The corners of her mouth turned down as one side of her upper lip curled.  Her brow furrowed and lowered as her eyes opened wide against the darkness.

Tomas stood too, looking this way and that for anything unusual.

The sound of a branch breaking echoed from the south.

Kari and Tomas swung to face it, the Lake on their right.

Something heavy and hard slammed squarely into Tomas’ left shoulder, knocking him to the ground inches from the fire.  Instinctively, he rolled away from the heat, striking his already throbbing shoulder on a root.  His hand went numb for a moment, then pain arced through his whole left arm.  He sat up and scooted his back against the nearest tree, breathing hard.  Embers and sticks, still aflame, lay strewn about.

Tomas shook his head, cradling his injured arm.  The last of the flames went out, leaving only glistening coals.

Kari was just a shadow now, looking and listening intently to the silence that seemed to envelop them.  Slowly, one at a time, she cracked her knuckles, each pop reverberating among the trees and piercing the silence.

She spun around to face north, raising her hands to catch the dark shape that flew out from among the trees.  She redirected the pounce to her left, throwing the creature toward the Lake.

It snarled as it hit the ground, an angry sound unlike any Tomas had ever heard, and cut a strikingly feline figure in the starlight as it streaked toward the water, throwing itself below the surface.

Neither of them moved until the starry reflections on the Lake’s surface stilled.

Kari began collecting the pieces of the scattered fire and rebuilding it over the waning coals.  The mustiness slowly faded from the air.

“Are you?!” She cut him off, anger chilling her tone.

He didn’t have an answer. It was quiet until the flames leapt up again.

“Were you hurt?”  Kari looked across the fire at Tomas, apology plain in her eyes.

Tomas nodded.  “My shoulder,” he said, flexing his hand and clenching his fist.

Tomas nodded again, rolling his shoulder experimentally.  It popped loudly.  He grimaced.  “What about you?”

Kari looked at her hands, palms toward her and fingers spread.  “Everything works.”  She closed them.  “Go to sleep, I’ll take the first watch.  Want something for the pain?”

“It’s more of an ache now.  I feel it when I move it, but it’s not restrictive. Make sure you leave yourself some time to sleep, please.”

“Don’t worry.  You’ll get your fair share of watch duty.”

Exhausted, they spent that night facing away from each other, though neither of them knew it.  Tomas faced southward in their little tent, toward Vacen, the city Grant had suggested.  Kari dozed with her back to a tree, facing north.  It was the direction from which they’d come, the direction of her Home.