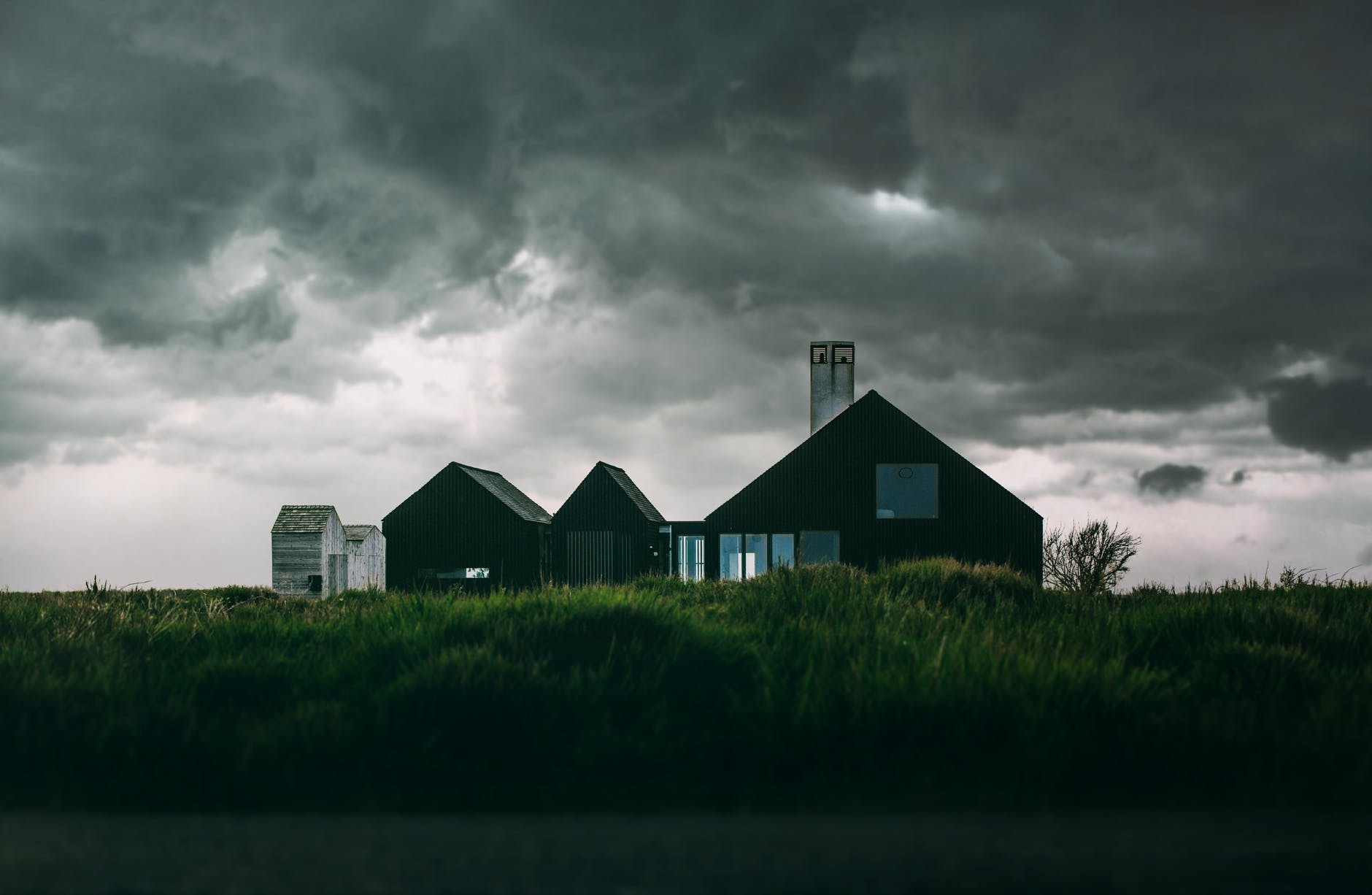 He didn’t know whether he slept, nightmarish as the world around him was.  If he did sleep, the nightmares continued.  If he didn’t, the figures all around him were terrible, grotesque things that watched him from around corners and hid in the shadows.  He had no memory of Kari finding him, still curled up in the snow and sobbing though the tears would no longer fall.  All Tomas knew was that in the morning, the sun was shining placidly through his bedroom window and there was nobody to be seen.  Everything seemed perfectly normal.

As Tomas descended the stairs, an errant creak announced his progress to the kitchen; around the corner, a good-natured “Finally!” floated up the stairs.

Though he couldn’t see Kari until he was fully in the kitchen, Tomas knew it was her.  She occupied her usual corner seat; an empty plate littered with black crumbs sat in front of her.  He smiled at the sight of her, though he could feel the smile looked tired and distant.

Kari could see it too.  She gestured to a freshly assembled Black Bread sandwich on the table at which she sat, evidence his mother had only just left the room.  “So…what happened?”

Tomas opened his mouth to answer but hesitated before wordlessly sinking into the chair opposite her, as the memories began to return.  He shut his eyes against them, but there was nothing he could do.  Fresh tears began to form.  He took a deep breath, but sobs took it from him.  He heard the tears hit the wooden table, one small noise at a time.

After a moment, he took another breath, shaking his head and wiping at his eyes.  “He did something.”

Kari leaned forward.  “Who?”  There was no judgement in her eyes, only fury.

Tomas rubbed his eyes again, nodding.  “He’s been staying at the inn in town for almost a week.”

She didn’t respond, just sat back and cocked an eyebrow.

“Well, okay.  Something happened to me.  But he didn’t know I was there until after he started to move on. It was like he did something to our fields.  To the land itself.  Well, maybe not the land.  The…place?”

“I’ll tell you what I do get, though.  When I found you, I practically had to fight you to get you home.  You didn’t recognize me, and you jumped away when I reached for your hand, like you were scared of me or something.  Me!

“Whether he was aiming for you or not doesn’t really matter to me.  There are consequences to messing with my people—or…well, my Home.  You said he’s at Grant’s?”  She pushed the now less freshly assembled sandwich toward him.  “Eat.  I want to talk with this stranger of yours.”

“There’s not much to tell for a long time after that.  The Stranger had already left town by the time Kari and Tomas could ask around.  Most people just shrugged their shoulders and went on living.  You know how people are.”  I can pick out more than a few local faces laughing quietly and exchanging glances at that.  Smiling myself, I continue, “If you’re looking for a small break, now is the time to go refill your cup or stretch your legs.  The next few years were idyllic, with bumper crops and good, strong winters without all the bite.  The extra resources gave Kari the opportunity she needed to rally proper expeditions, assisted by Tomas at every turn—sometimes literally.  Kari’s sense of direction was practically nonexistent; it’s part of the reason she so strove for a simpler route to Brin.  It took two short, wet summers of searching, but she and her team ultimately found a pass they could turn into a good road.  It was completed the next summer.”

I lift my hand and point to the quickly darkening sky behind my audience.  An orange orb of light hovers low in the southern sky, above the horizon but far from overhead.  “It is there that Kari found her Pass.  That great lantern is visible from Brin as well.  A pity Kari herself never got to see the light, as it was forged long after she’d left this world.  The Pass, though, bears her name to this day.

“After the creation of the road through the mountains, it seemed to the people of this little town that life couldn’t get any better.  It’s a shame they were so correct.”

This is always one of my favorite moments.  Everyone here knows something has to happen to get the story really going.  They’ve just gotten a taste, and if the crowd was respectfully quiet before, now they’re reverently silent.  Even the youngest children, sitting as close as they can to the edge of the raised garden in which I sit, still their constant fidgeting.  Even if it’s only for a moment, silence is a powerful thing, and I let it hang for the space of a breath: any longer would be oppressive.

“Winter came late the next year.  Later than we’d ever seen it come. Not only that, but that next spring came early.  It wasn’t catastrophic; the previous years had been good to the farmers, so there was plenty of rationed Wheat to go around.  ‘Next year will be fine,’ the farmers would say to each other.  ‘There’s always bad years, but they pass, and there’s always a planting season after it.’

“But the next year wasn’t better.  Not to say it was worse, but as seasons go, it was as bad for our harvests as rain.  Tomas writes about townspeople sending caravans away that year.  They couldn’t trade their only food, and there’s only so much charity that could come over the mountains.  There was no surviving another lackluster winter, that much was certain.  So what could they do?”

I let the question hang in the cool night air.  A light breeze ruffles the heads of Wheat gazing over my shoulder at the congregation assembled to hear their story.  The audience seems to notice as well, so, when the time is right, I continue.