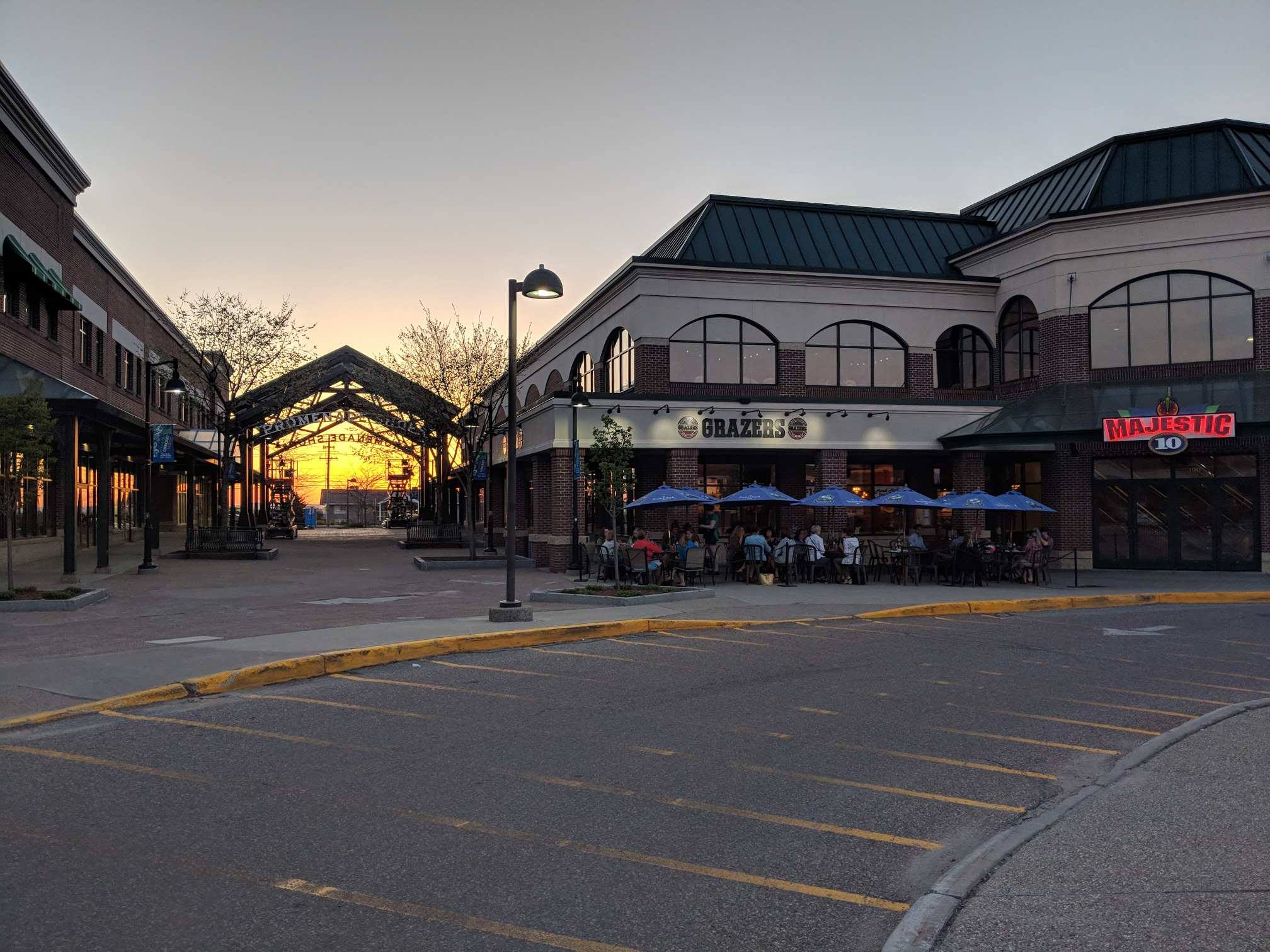 Grazer’s is a fine example of why I chose to change to this scenery.  I’ve long been 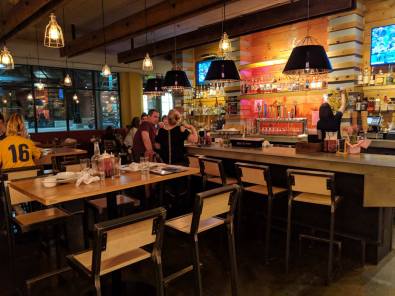 convinced that if any state were to successfully leave the U.S, it would be Vermont.  I first moved up here in 2012, and there was already a strongly established culture of “localvore-ism,” the practice of sourcing as many ingredients as possible from as close as possible.  Many restaurants succeed in getting everything from within Vermont, and Grazer’s is a prime example of this practice.  It makes a difference, too.  Fruit tastes best when it was allowed to ripen on the tree (or vine, or bush); other sorts of food work the same way.  The more distance beef has to travel after, well, it becomes beef, the less fresh it will be by nature, thereby losing quality.

The slogan emblazoned upon the Grazer’s logo is “Beyond the Burger.”  Seemingly despite this, the burger list is both lengthy and centered in the menu.  Closer inspection revealed that fewer than half of those burgers are actually (VT) beef patties.  Vegetarian burger options abound, with bean, mushroom, and beet patties on the regular menu (not to mention the sweet potato burger, which was on the specials menu that night).  Alternative meat patties include turkey, ground salmon, and lamb, and gluten free buns are available as well.

I ordered the latter, called a “Lamburger” in the menu, which comes topped with pickled red onion, cucumber, arugula, tzatziki, and local goat cheese.  It was preceded by a fried pickle appetizer with a side of house made ranch.  The first time I ever had fried pickles, they were medallions rather than spears, and to this day I prefer that.  However, I’m not disappointed by fried pickle spears, and we tore that app apart in no time flat—warm, crunchy, tangy goodness is very difficult to resist.

Our burgers (neither one beef) arrived promptly, and we happily dug in.  The differences in flavor between meats of the same color always fascinate me.  To experience this, one must simply bite into turkey thinking it’s chicken.  Instantly, you’ll realize you were wrong, and if you’re me, you’ll set down what you thought was a chicken sandwich, as you don’t like the flavors turkey has that chicken doesn’t.  Lamb is different from beef in this same way (which is not to say it tastes like turkey).  It’s generally a more tender meat than beef, which gives it a creamier mouth feel that I go crazy for.  Admittedly, I’m used to ground lamb in a gyro, so I expected more spice to be in the patty, but the wonderful toppings kept me from realizing this until my last bite.  Goat cheese is a wonderful thing, and is in no way frightening.  It’s just soft, gooey, cheesy goodness.

I have to go back to Grazer’s.  They have a particular happy hour and late night oyster special: a buck a shuck, and that’s nigh irresistible.  That’s not why, though; I’ve never had a ground salmon burger, and had I not zeroed in on the lamb, I’d have had a very tough choice between the two.  Luckily, I didn’t have to choose, but that means I’ll be making another trip that way.  Honestly, I can’t wait.