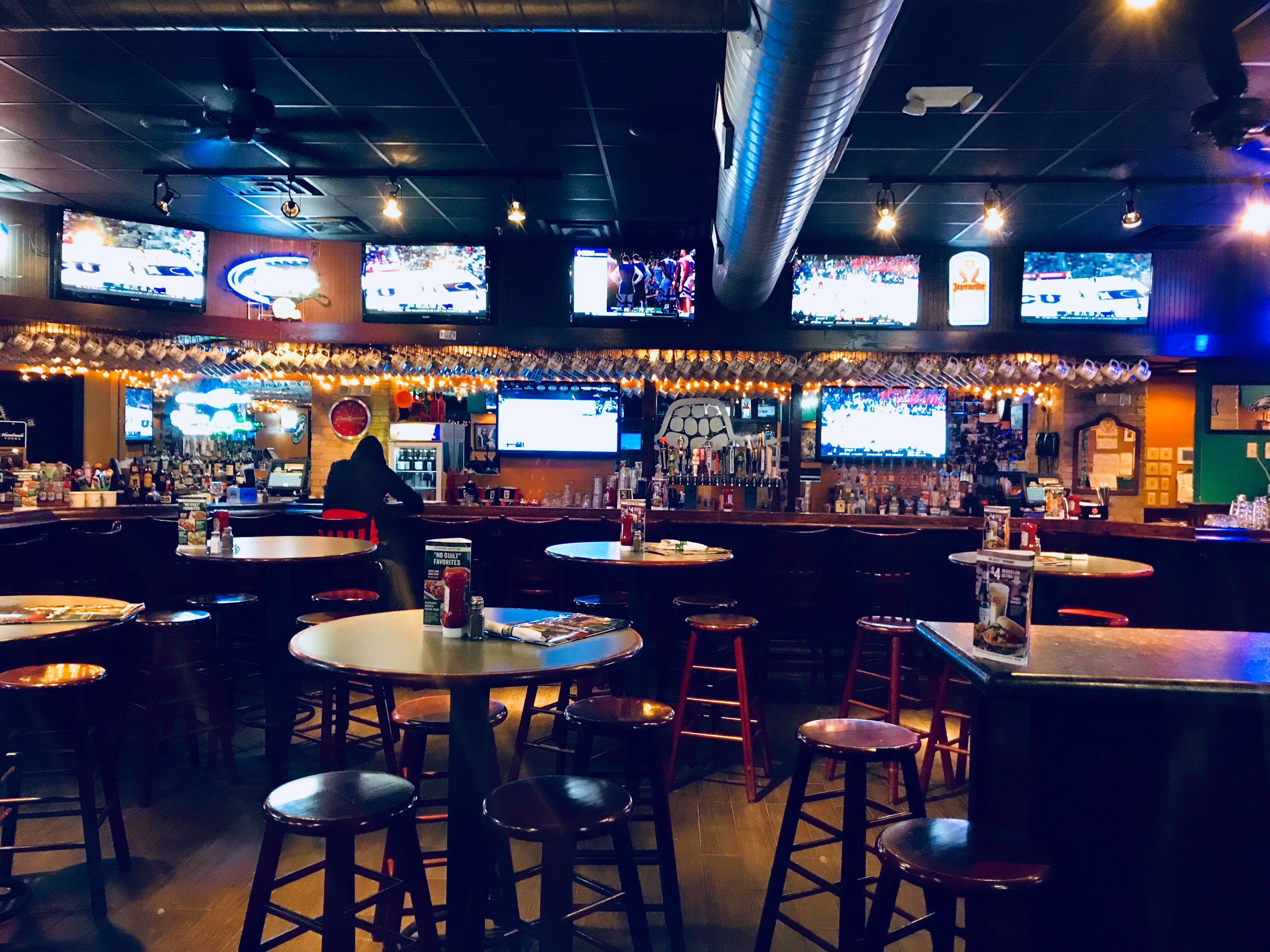 My very first experience with the subject of this week’s article was at Rehoboth Beach in southern Delaware, many years ago.  I was in the gift shop next door, and they were selling “Greene Turtle” merchandise as though it were a thing.  I must have been about twelve at the time, and very privately had a moment of “What even is this?” before shrugging and moving on.  We kept walking down the boardwalk with our backs to the restaurant, and on to our car, so it wasn’t until the next day that I saw the sign with the same turtle logo over restaurant doors that I began to understand.

Today, my research completed my understanding.  In 2010, Entrepreneur Magazine

recognized The Greene Turtle as the U.S.A.’s fastest growing sports bar franchise, and according to their website, they haven’t slowed down.  Currently, the chain goes from New York to Virginia, including West Virginia and the District of Columbia: the MidAtlantic.  They’re not ashamed of their MidAtlantic heritage, either (a fact that most of their clientele doubtlessly find at least charming).  When I went away to school, a surprising number of New Englanders seemed to think Delaware is in the South.  It was like they didn’t even know the MidAtlantic is its own region.  Baffling, I know, but perhaps The Greene Turtle will be a driving force behind educating those from the rest of the East Coast (if not the whole country).

It’s apropos that my first encounter with The Greene Turtle was at the beach.  Their first location was in Ocean City, NJ; their second in Baltimore, MD; and their fourth in Ocean City, MD.  It makes sense, then, that the menu is more seafood heavy than most other sports bars: it’s that MidAtlantic heritage.  Several menu items are labeled with a blue crab silhouette, meaning “Maryland Inspired.”  The Chesapeake Bay sits at the heart of the region and is famous for its crab industry; it’s also the Old Bay I’m sure you’ve heard all about (or at least sprinkled on fries).

Consequently, the crab dip is excellent.  Every sports bar must have its array of sauces, and The Greene Turtle is no exception.  They’ve one particular sauce that stole my heart, however, and that sauce’s name is “Kinda Crabby.”  It’s what you get when you put “Maryland Style Seasoning” (Old Bay) into their “Kinda Hot,” and it’s one of the greatest things I’ve ever eaten.  It’s also plenty hot, so be wary when you dive in. 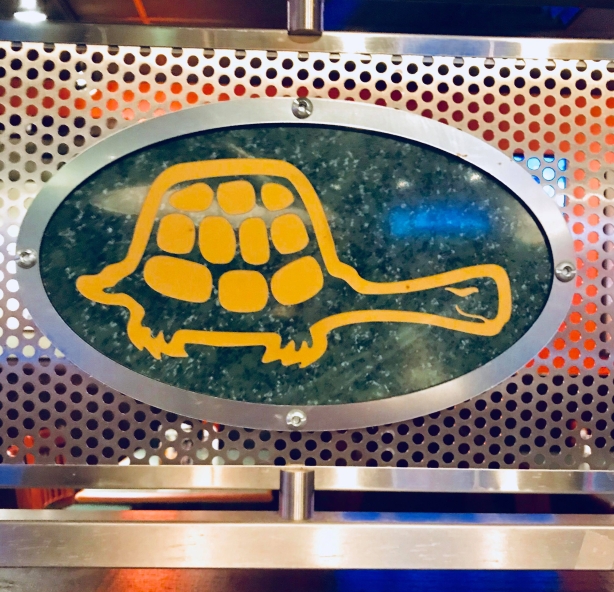 Conversely, I was more worried about the heat of my Spicy Jack Burger than I had to be.  Perhaps I should have ordered it with extra Cajun Ranch; perhaps I thought the description said the pico was spicy (it doesn’t because it isn’t).  The fresh jalapeños did their job, but only one source of real spice on a burger like this simply isn’t enough.  Toppings aside, the patty itself was delicious, and came out as rare as I like it.

Between the abundance of seafood and pub-style layout, I had to think when I saw The Greene Turtle call itself a sports bar.  Then I remembered that there’s a TV at each booth, an abundance of TV’s elsewhere, and all three locations I’ve eaten at are sufficiently spacious to host roaring crowds on gamedays (the dining rooms and bar areas both).  The chain even brews their own beers.  The staff are relaxed and friendly, and the website is sure to sound intelligent, but informal and welcoming too.  Honestly, it’s no mystery to me why the brand has caught on so well; I’d be shocked if they don’t continue growing like they say they will.