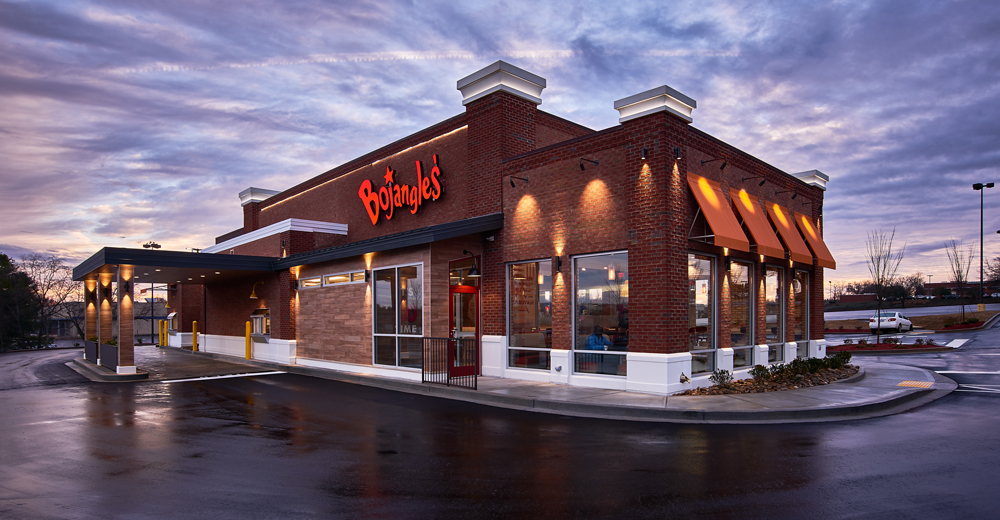 The Sun didn’t look any different when we pulled up in front of that Southern comfort fast food place, fifteen minutes before Totality was supposed to begin.  Not that we could actually look at it, but swift glimpses as we were rolling up hadn’t told us anything interesting.  The eclipse glasses we’d had shipped to Loud Steve’s—our wonderful host’s—door told a different story, though.  I was shocked to find that when I first looked, more than half the Sun was already covered.

After the adrenaline rush of not knowing whether traffic will prevent you from witnessing a celestial event, fifteen minutes of waiting in a parking lot feels like quite some time.  People had already set up shop, and a couple Bojangles’ employees had sneaked outside to peer through their dark lenses at it.  I didn’t know what I expected to see when I looked at Morgan (my trusty copilot), but I couldn’t help but laugh when it was nothing at all that I could see when I looked anywhere but the Sun.  The color of the Sun through the glasses gave me a moment’s pause as well.  Not because it was unexpected—in fact the opposite.  It was the color of a setting sun on a clear day in flat country: that potent orange that, while not bright, burns with life and fire.

The light began to get thin as Totality approached.  I don’t know how else to describe it.  Distant things lost detail, colors became less vibrant.  Shortly, the light grew dim, and our eyes came alight.  Comparing my shadow to the surrounding pavement was fascinating, as it never lost definition, or focus: the straight lines of my legs didn’t diffuse as the eclipse progressed.  At this point, I could glance at the sun and see an object obscuring it, but if I tried even for a moment to hold my eyes there, I fear what would have happened.

It was around this point that I remembered events like this were terrifying to the Ancients.  It was my good fortune to witness a Total Lunar Eclipse in Vermont in 2015, and we had the same conversation during that.  I suspect that, the whole day leading up to Totality, people would be agitated and not know why.  During Totality, though, I fear it would become every man for himself.  The sky grows dark, the temperature drops (potentially causing dew), and looking at the Sun no longer hurts.

Once Totality itself hit, we couldn’t see anything at all through the glasses.  Looking up without them, a black disc exactly the size of the Moon hung where the Sun had been.  Surrounding it was a cloud of wispy whiteness that follows the patterns superheated gas makes as it is flung from a star’s “surface.”  It’s a little frightening to look at, knowing what the Sun can do to human eyes.  I was just a little worried about not getting a good view (despite it being the Sun in the middle of the day), but it was a vain worry.  It’s impossible to miss.  If I were a Medieval peasant in that town, I can honestly say that I have no idea what I’d do.  There’s a beautiful terror that comes with not knowing something like that.  A beautiful terror not unlike the sense of scale that is thrust upon us when the Moon blots out the Sun.