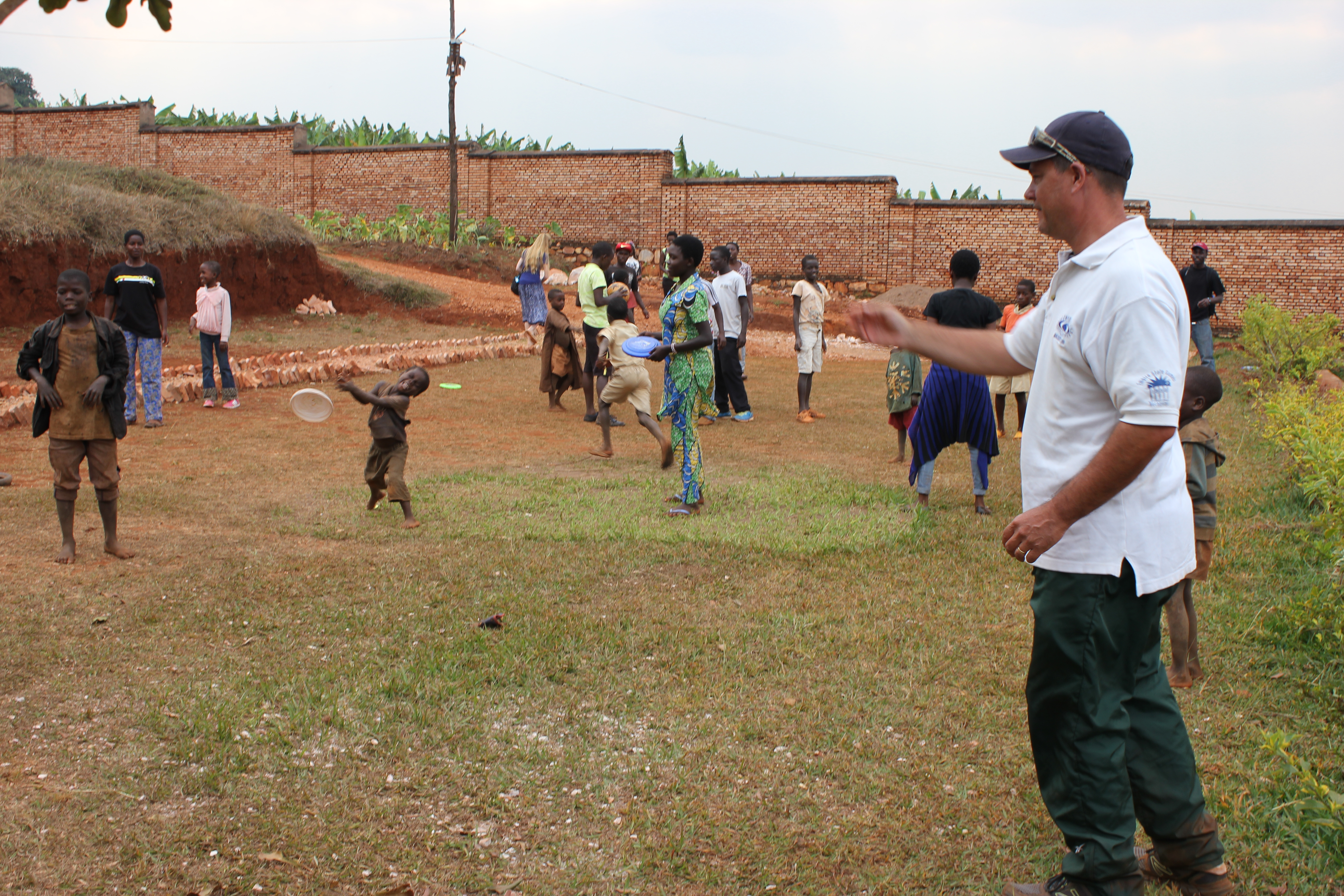 What a week.  It’s amazing how time seems to go simultaneously so quickly and so slowly.  J.D. kicked off the last day of counselor training with a session on the neuroscience of trauma, which is always a doozy.  Discussing brain chemistry through a translator is no small feat, and they did hit their fair share of snags.  However, after crowdsourcing some explanations and amending some teaching strategies, they got through it with everyone on board.

There are some distinct improvements from previous trips that we’re noticing this time around.  Some are quite concrete: a kid that came to play was wearing a West Chester United soccer jersey.  We brought a bunch of them in 2013 and left them all. We got a visit from a girl who we played with last time; she brought her baby.  Others are less tangible: the questions that the participants are asking show a greater sense of intrigue and investment, not to mention understanding.  Those teaching at the top of the hill are hearing more than ever before about them, the participants.  In 2013, I was struck by how much life and joy there is here.  After the 2011 trip, my mother remarked at the stark difference between Rwanda and Burundi; she could feel it in the air.  Regardless of whatever may be happening politically here, the people are healing.  I only hope the work we’re doing here furthers that healing.

We can see it in the kids, too.  In our lessons and exercises with the older kids, we’ve been teaching them about leadership.  What makes the difference between a good leader and a bad one, how to (without being manipulative) get the people in your group to do what you want.  It’s important stuff, particularly for a group who may not have the best examples of leadership in their homes.  We can see our teaching in their actions, though.  The first time a group of Batwa kids came to play, they arrived as a sort of second group.  Play had already ensued and seemed impenetrable to the newcomers.  When some of the older kids noticed this, they went out of their way to include the Batwa in their games.  In the beautiful chaos that followed, only a fraction of it was driven by white people.  Much of the play was Burundian young adults leading Burundian kids through play, though energetic little kids don’t need much instruction when it comes to fooling around.

This week will consist of pastor training and the second half of the curriculum we’ve set up for the kids.  They’ll still be coming on alternating days, and I believe everyone will show up Friday.  I’ll fact check that one and let you know.  After this weekend, I can say with great confidence that spirits are high here in Burundi.  Independence Day was Saturday, and we went to the customary parade.  The citizens march, organized by community groups or school.  It was a great blessing to see kids we recognized marching in the parade; it makes everything that much more real.

Unfortunately, I’m running out of Burundi Francs to keep paying for wi-fi at this internet café, so it would seem it’s time for me to say goodbye.  As always, thoughts, prayers, and good vibes are appreciated more than you can know, both by us and the people here with whom we’re working.  I wish that I could post more pictures, but bandwidth is quite the commodity over here. I’ll be sure to post plenty as soon as I can.

You've stumbled upon a collection of stories and the like about the things to do (or that I've done) in the places I've been in recent months. Feel free to browse, and please enjoy.
~malachi champion