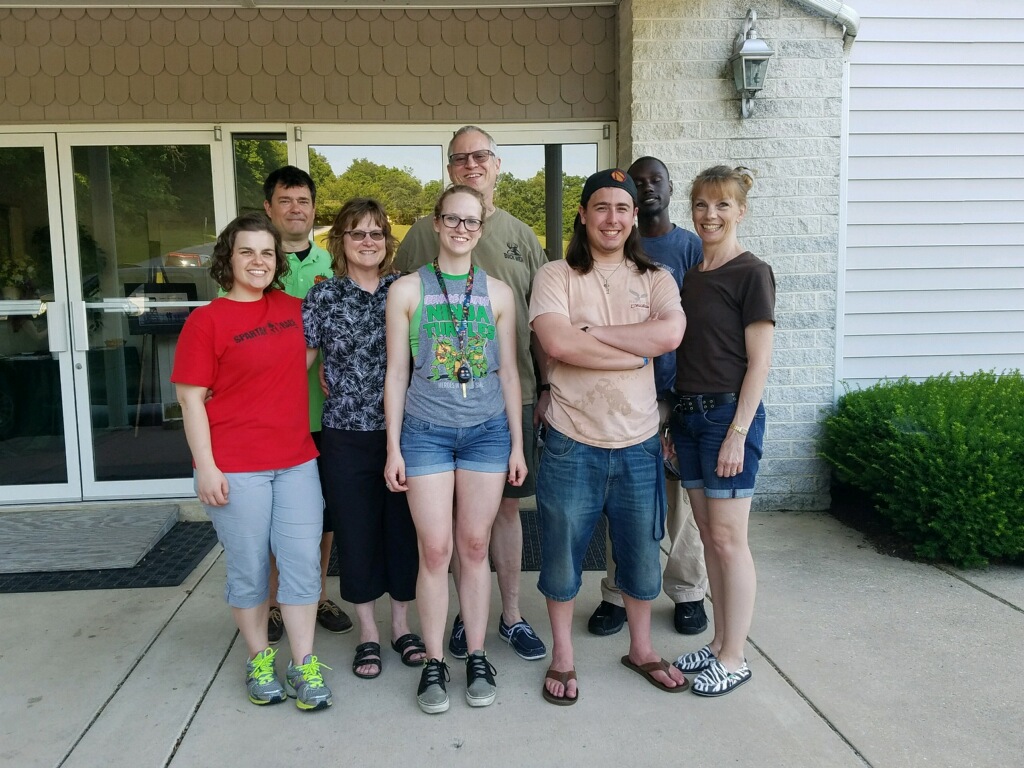 In just one week, the THARS-DRI 2017 crew gets on a plane to Burundi.  We’ve only one person who’s never been across The Pond this year: one Bain Manley.  More on that later.  The team, from left to right in the above picture: Ginger Asher, Chris Champion, Judi Willetts, Lydia Willetts, J.D. Willetts, Malachi Champion (me), Bain Manley, and Vickie Beam.  Not pictured are Kirk and Heather Schneemann, but they’ll be meeting up with us before leaving the country. For now, let’s talk about the trip in general.

Trauma Healing and Reconciliation Services (THARS) is an organization started by a Burundian national named David Niyonzima.  David started THARS as part of an ongoing effort to work against the violence prolific in Burundi’s history.  If you know the struggles faced by Burundi’s sister country, Rwanda, you’ll know well the history of which I speak.  THARS has asked Development and Research Innovations (DRI), a nonprofit started by Dr. Kim Champion, to send a team of American pastors and mental health professionals to teach seminars on their campus to Burundians of the same professions.  This is the third time this conference is being held, and we’re all incredibly anxious to set out again.

Burundi’s history with violence is a long one.  A stable kingdom for over 200 years, the area was colonized by the Germans at the beginning of the twentieth century.  After the First World War, the Germans ceded some control of the area to Belgium, who were not good to the area.  The Europeans established regional leaders from the minorities in both Rwanda and Burundi, and these governors retained their power after the Europeans left in the 1960s.  Unrest followed, and ultimately led to what westerners seem to prefer to call “civil war.”  It wasn’t much of a two-sided conflict, though.  In Burundi, the Hutu majority grew tired of marginalization by the Tutsi-dominated government.  Tensions continued to rise when, disregarding the results of a national democratic election, the Tutsi king appointed his own choice of prime minister, another Tutsi.  In 1972, tensions boiled over as Hutus across the country lashed out violently at Tutsis.  There were even a few towns on Lake Tanganyika which banded together to form a sovereign state.  The Tutsi-controlled army reacted swiftly and violently, targeting first the Hutu elite, then the Hutus as a whole.  There is no official count, but UN estimates of the number slain are astronomical.  In the Nineties, Burundi successfully elected its first Hutu government.  Tensions began to rise again almost immediately.  Disorganized groups divided along race lines began fighting around the capital, and, when the President was assassinated, Hutus across the country lashed out at Tutsis, ultimately killing “at least as many” as in the Seventies.

The math seems to say bad things could start happening soon, but the air in Burundi says something different.  Originally, a trip like this one was planned for 2015, but destabilization in the government caused David to advise us against coming.  The trip was cancelled because of this, but the news is strangely good.  Tensions were high enough that we couldn’t go, but the conflict ended without race becoming a factor, which shows a marked improvement.

Our goal with these trips is to assist in that improvement in a very specific way (or rather, ways).  Our team’s primary focus is the education of Burundian mental health professionals and pastors in the topics of trauma healing, reconciliation, emotional first aid, and marriage counselling.  Ginger, J.D., and Judi are licensed and practicing mental health professionals; J.D. and Kirk are active pastors.

Which brings me to our team’s next focus: outreach.  THARS is a Christian organization, and their campus is situated in the breathtaking mountain country of Gitega Province.  These mountains are home to the third major ethnic group residing in Burundi: the Twa Pygmies.  Burundi has sat at the bottom of the world’s GDP ranking for several years, and those living in the villages on these mountains are the poorest people in Burundi. Chris, Bain, and Heather are educators by trade, and have joined the team as part of a THARS outreach program to the children of these villages.  They come and play with us at the THARS Campus, and sit through any lessons we might try to teach them.  This year, we’re doing a little bit more.  It is our intent to establish a lasting system of youth supporting youth, and to teach them from a young age the importance of love, forgiveness, and understanding.  The message of the Gospel will be a part of this process, as at its core lie these tenants of forgiveness, love, and redemption.

For now, our checked luggage—full of supplies David requested and donated clothing—is all packed and ready to go, the team is set, and we’re only waiting for two more of the team’s visas: mine and Bain’s.  Here’s hoping they come in, because it would really spoil an article series I have planned. Our teams frequently have been some of the first white people these children have seen. Bain and I sat down and had a conversation about what it’s going to be like for him (an African-American man who’s never left the country) and these children to meet—and a few other topics as well.  Tune in next week for the first of those.  In the meantime, thoughts, prayers, and good vibes are always appreciated, and we can’t wait to touch down in Buja.